1. Atoms are made up of smaller particles called electrons, protons and neutrons.

2. Atom can be created or destroyed or split up by nuclear reaction/ nuclear fission.

3. Some element have atom of more than one type. They are called Isotopes.

4. Atoms of different elements combine together to form complex compound.

B: THE PROTON
C: THE NEUTRON 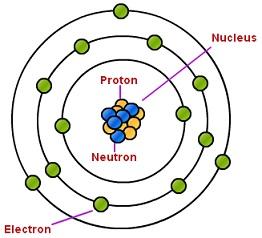 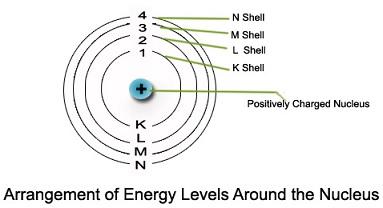 Example of electron diagrams of an atom; 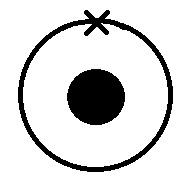 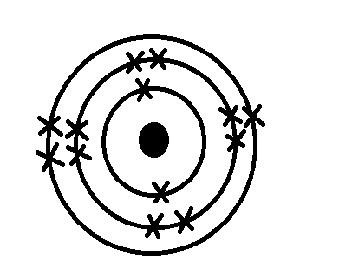 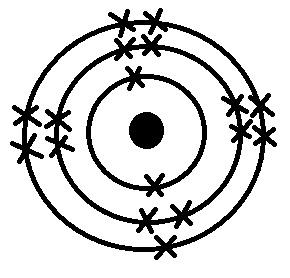 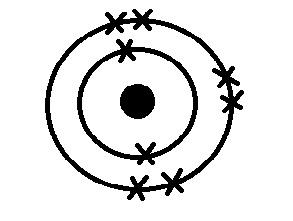 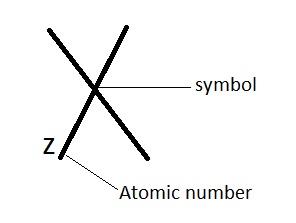 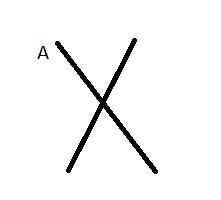 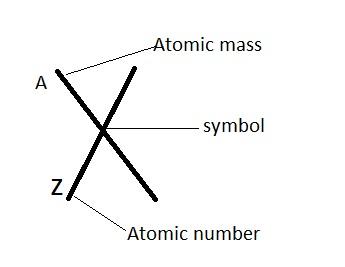 Therefore Atomic mass = Proton (atomic number)
Example; Atom R has mass number of 40 and an atomic number of 20. What is it’s neutron number , and what is the number of electrons in an atom R ?

(b) Number of electrons = number of protons = atomic number = 20

These are atoms of the same element which have the same atomic number but they differ in mass number. 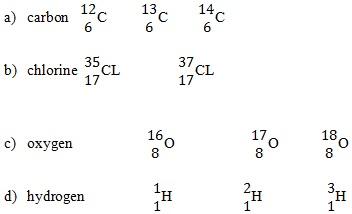 To get the answer multiply the mass number of each Isotopes with the abundance.
Solution

R.A.M of chlorine = 35.5
2. A sample of chlorine is a mixture of two Isotopes in the ratio of 3:1. What is the relative atomic mass of chlorine atom?
Solution 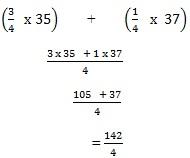 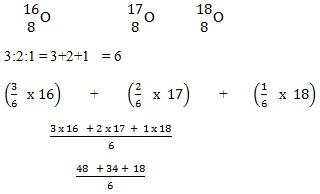 3. Copy and complete the following table of atomic / electron structure of same element 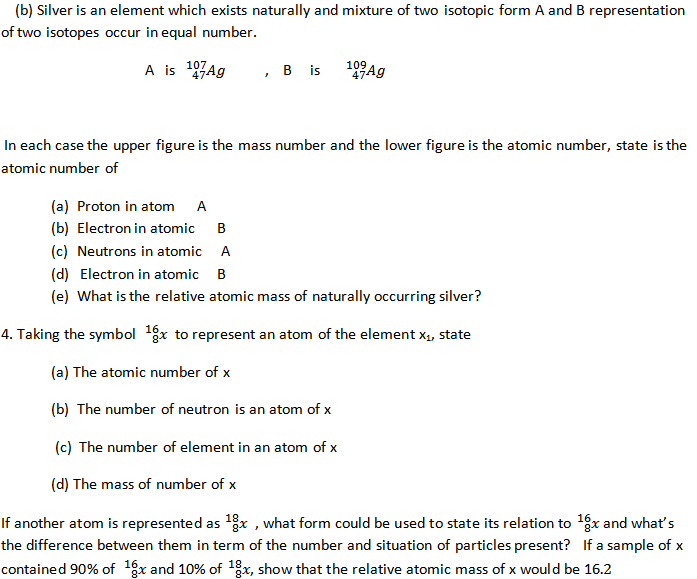